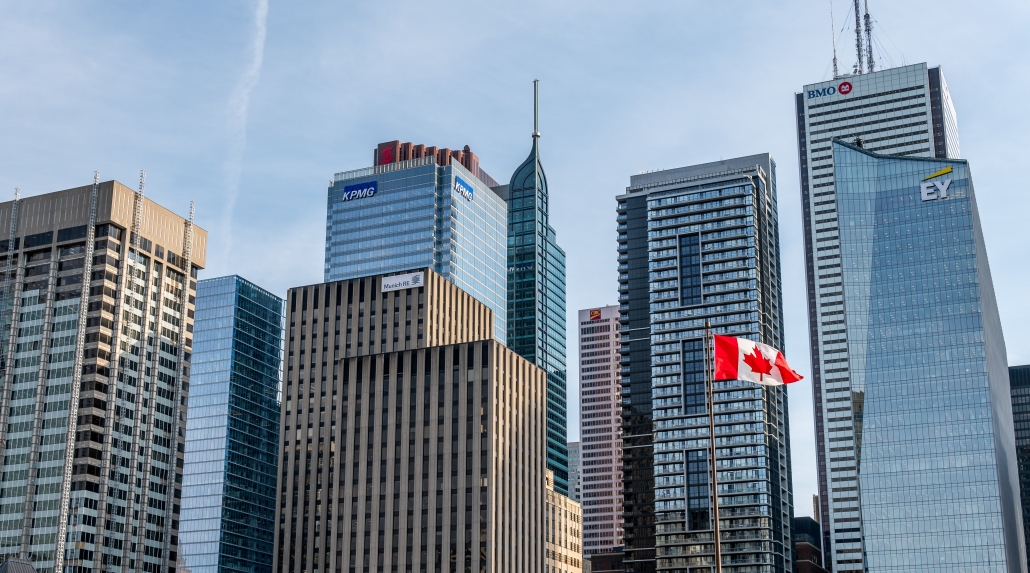 Exactly four years ago, Stephen Shainbart made an important decision: If Donald Trump got elected president, he was going to leave the United States.

But while many Americans threatened to move away in the months leading up to the 2016 election, he actually followed through—swapping New York for Toronto. The night Trump won his bid for the White House, the 56-year-old psychologist started seriously researching the land that begat Margaret Atwood, Dan Levy, and Garrett Camp, and then spent so much money becoming a permanent resident that he doesn’t yet own property in the 416.

“I didn’t think his judgement was sound because of his personality and his narcissism, and I thought he’d probably put his own interests in front of the people’s. As a native New Yorker, I’ve known all about Trump my entire life,” Shainbart explains, adding that with a father who survived the Holocaust and a grandfather killed in Auschwitz, he had personal reasons, too.

In 2020, Americans whose exposure to Trump had been limited to The Celebrity Apprentice, juicy tabloid stories about his marriages and real estate, and The Art of the Deal now have a presidential track record of 3.5 years to examine.

And for those willing to leave in the wake of another Trump victory, Canada is once again emerging as the most attractive choice. Our northern neighbor has the advantage of language, proximity, and a similar culture, and professionals on the front lines of the relocation, like real estate agents and immigration lawyers, say they’re fielding more calls from Americans.

Daniel Dagenais of Sotheby’s International Realty in Quebec, for example, has had a 50% increase in queries from Americans, while Wayne Ellis, president of the Prince Edward Island Real Estate Association, reports a 300% jump. (In the smallest Canadian province, best known for Anne of Green Gables, that means going from one call a week to three or four.) People in California, New York, and Florida have been contacting Brenda Westbrook of the Sutton Group Admiral Realty in Toronto, looking for executive homes or cottages.

“People are afraid on both ends, both Democrats and Republicans,” she says. “You can buy as a foreign investor and come just to have a foot in the door. They usually rent them until they need them . . . They think it’s unbearable. It’s crazy.”

Traffic from American IP addresses to the Immigration, Refugees and Citizenship Canada website was up this summer over the same period in 2019, according to the government agency, which reports an estimated 135,000 additional visits in July and 180,000 more in August. However, traffic from the U.S. was down in the winter and spring, compared to 2019, and the IRCC website features information about not only permanent immigration to Canada, but also temporary visits and work, international study, and COVID-related border restrictions.

THERE’S AN APP FOR THAT

Attorneys are contending with a similar spike. Evan Green, who’s practiced law in Toronto for 30 years, says he used to file one or two immigration applications for people in the U.S. per month, but now, he’s doing one or two per day. His clients are primarily what he calls “wayward Canadians,” citizens of his country who moved to America years ago, built lives in the States, and now want to go home; Americans in commuter marriages with Canadians; and Americans who simply want out.

The naïveté Americans once had about Canada has disappeared. The COVID-19 pandemic shut down the historically porous—and even post-9/11, relatively easy to pass through—borders between the countries that have been friends since the end of the War of 1812. (The White House played a role in that, too. In 1814, troops from Britain, which at the time claimed parts of Canada as colonies, burned down the presidential home, then inhabited by James Madison and his wife, Dolley.)

COVID-19 has taught “us first” U.S. citizens that you don’t just show up at the border, profess a love of hockey, and have the guards wave your moving truck through.

They’ve said goodbye—or au revoir—to jokes about Canada being the 51st state or America’s attic. The huge expanse of land, tent-poled by Toronto, Vancouver, and Montreal, has eaves that stretch to the Arctic Circle and a culture that extends beyond poutine, loonies, and Timmies.

“We’re a regular country with laws . . . I don’t live in perfect country, but I’m very happy where I live right now,” says Green, who saw an uptick in interest from Americans in 2016, but not as much as now. “COVID has added a level of uncertainty to people’s lives. ‘You know what? Things are so unsettled. I’m feeling so unstable. Let’s get some place more stable.’”

Three waves of Americans moving to Canada have punctuated the two countries’ histories. Before, during, and after the Revolutionary War, residents of the 13 colonies who were loyal to Britain fled northward. Decades later, enslaved people used the Underground Railroad to have their freedom. And during the Vietnam War, Canada became a haven for American draft dodgers and deserters who opposed the conflict.

If you’re planning to make the move now, be prepared to wait. No paperwork will be ready by November 3. For that, you can blame Canada—in this case bureaucracy, and not enough people in the department and not enough case processing centers. Also, causing the slowdown are the delays caused by COVID-19, according to Véronique Malka, a Canadian attorney licensed to operate in the U.S., whose inquiries from Americans are up 30%.

People whose paperwork is expedited tend to be refugees (not applicable here), individuals running startups, and self-employed extraordinarily accomplished people, like musicians, she explains. Other shortcuts may be available for people who can qualify for citizenship, which in 2019 was limited to the children of ex-pats; students; the dozens of professions set aside under NAFTA, such as accountants, dentists, certain types of scientists, social workers, and urban planners; and individuals willing to live in rural or far-northern communities.

PEOPLE THREATEN TO MOVE TO CANADA EVERY YEAR YOU GUYS HAVE AN ELECTION. ”

“They thought about it during first election in 2016 and now they’re serious about it. The Canadian immigration website shut down, because it crashed on the night of the election,” Malka says. “There’s almost nothing under a two-year wait. That’s a big piece of it. It’s a big burst of the bubble. People say, ‘I want to get out of here.’”

Unlike realtors and attorneys who wait for clients to contact them, Rob Calabrese is actively recruiting Americans to relocate to Canada. In 2016, he launched cbiftrumpwins.com to promote an island off Nova Scotia called Cape Breton, the CB in the URL. The D.J. turned apple cider maker has seen a steady increase in queries—now about a dozen a day, though he’s certain that’ll increase.

“People threaten to move to Canada every year you guys have an election. Usually, it’s Democrats, though I heard lots of Republicans threatened to move to Canada when Obama was elected, and I don’t think they really understood what we have going on here. My aim was to put Cape Breton in front of a large audience,” Calabrese explains. “Canada is a big place and we’re not just two big English cities and a French city.”

Cape Breton, which almost the size of the big island of Hawaii, has been losing about 1,000 people a year. The population drain concerns Calabrese.

“We have problems absolutely but nothing like yours,” he adds. “I love America and I love going to the United States. We would love for Americans to stay where they are and vote for someone other than Donald Trump. I’d much rather that. Canada and U.S., I thought we were best friends and now, we’re not.”

Shainbart says voting Trump out of office won’t change much, though. If former Vice President Joe Biden wins the election in November, he’s not heading back to America. When he immigrated to the Great White North, he knew he was there for good.

“All the Trump supporters are still going to be there,” he explains. “Trump is as much of a symptom of the problem in America as the cause . . . I think something’s very wrong with the U.S. that we elected such a person, and that will remain.”

The original  article was posted September 9th 2020. You can read it here

Why now may be a good time for wealthy Canadians in the U.S. to return home

Cross-border divorce — COVID-19 style
Scroll to top
We use cookies on our website to give you the most relevant experience by remembering your preferences and repeat visits. By clicking “Accept All”, you consent to the use of ALL the cookies. However, you may visit "Cookie Settings" to provide a controlled consent.
Cookie SettingsAccept All
Manage consent