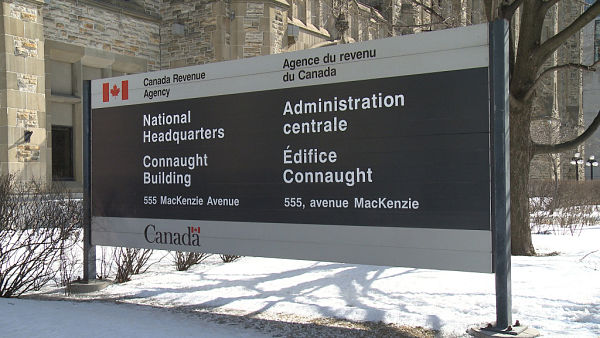 Welcome to the August Edition of our Pandemic Updates for Canadian Businesses. One thing we (and the famous WE) can say for certain about the Liberal government is that they are…well, liberal. This is particularly true when it comes to supporting Canadians through our first real pandemic. There are different schools of thought on whether the government should stop the bleed and just get Canadians back to work or continue to encourage the populace to lay low and deal with the financial fallout later.

Regardless of your school of thought, the reality is that the (former) Finance Minister recently announced an annual deficit of approximately $343 billion that will likely reach $1.2 trillion by March 2021. And the latest round of the government’s COVID-induced generosity is intended to make sure that all monies originally slated for pandemic recovery are doled out.

Firstly, we would like to share with you that the deadline for any corporate tax returns and disclosures (other than HST and payroll) with the original due date after March 16, 2020 and any corporate tax installments due after March 16, 2020 has been further revised. The September 1st deadline has now been moved to September 30th. However, don’t let this good news discourage you from bringing in your tax information as soon as possible so we can start to wrap up what is – officially – the longest tax season on record.

For Canadian employers, the enhanced CEWS is good news.

In its first iteration, the CEWS was a 75% wage subsidy that topped out at $847 weekly for eligible employers who saw a minimum decline in revenue of 15% in March and 30% in April, May and June when compared to the same months in previous years; it was only intended to cover a 12-week period.

On May 15, 2020, the original program was extended to August 29, 2020 and eligibility was expanded to include other business entities.

The federal government has enhanced and expanded the program, once again, in an effort to slowly wean Canadian businesses off of the government coffers, rather than abruptly calling it quits. This is great news for employers who are struggling to retain and pay employees through this public health crisis. But depending on how mathematically savvy you are, it may come at the cost of a few new grey hairs.

The first amendment to the CEWS legislation, which is now officially law, is the extension of the deadline to cover at least up to December 19, 2020, for a total of ten periods of support.

In addition to another 12 weeks of subsidy, the amended legislation eliminates the requirement of at least a 30% decline in revenue. Now, any decline will do.

To ensure that the employers hardest hit by the pandemic receive the most support, the government has introduced a two-part subsidy, a sliding scale to calculate the base subsidy, and a safe harbour rule.

The two-part subsidy is fairly cut and dry. If an eligible employer sees a revenue decline, in any form, they qualify for a base subsidy that directly reflects the depth of the decline. If a decline, when averaged over a three-month period is greater than 50%, the employer also qualifies for a top-up subsidy. Employers can decide whether they define revenues on a cash or accrual basis.

This is where things start to get complicated.

The first step in calculating subsidy amounts is deciding how to measure the decline in revenue, and the first step in doing that is knowing how the qualifying periods are defined. For example, period 1 covers wages paid from March 15 to April 11, period 2 covers April 12 to May 9, and so on. For our purposes, period 1 is simply March.

For period 5 (July) onward, there are a couple of options for measuring revenue decline for both the base subsidy and the top-up subsidy.

For the base subsidy, the options for reference periods are:

It will be important to look carefully at each option and choose the one that results in the higher subsidy in order to maximize a claim. Once selected, this is the measurement that is applied for all periods going forward, with the exception of the safe harbour rule (see below).

Calculating the Base Subsidy

Once the revenue decline percentage has been determined for each of the periods from 5 onward, the rate for the base subsidy has to be determined. The following table shows how the rate is calculated for qualifying periods 5 through 9, based on whether a business sees a revenue decline of more or less than 50%.

For periods 5 and 6, if an employer sees a revenue decline of at least 30%, there is an option to use the original CEWS methodology for determining subsidy amounts (at a maximum of $847 per week) or the new methodology with top-up. Again, it’s important to run the numbers and choose the option with the higher subsidy amount.

The deadline for making a CEWS claim has been set at January 31, 2021 and employers will have to apply each month. However, as with the previous iteration of CEWS, if an employer qualifies for one period, they automatically qualify for the next period.

As you can see, this can become fairly complex, fairly quickly. Even a minor miscalculation in revenue decline or rates can throw off your entire CEWS claim. And this overview doesn’t even touch on the considerations for employers that make acquisitions in any of the qualifying periods.

My recommendation, to avoid the headaches and new grey hairs, is for employers to ensure they are receiving the proper guidance from tax professionals who fully understand how to apply the new legislation. If you have any questions, please feel free to contact us at HCBT.