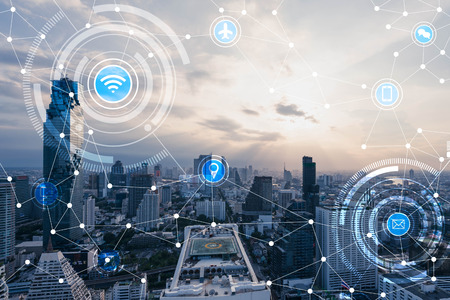 This article was originally published on May 31 2019 by The Lawyer’s Daily (www.thelawyersdaily.ca), part of LexisNexis Canada Inc.

The Internal Revenue Service (IRS) in the U.S. is bringing its IT systems into the 21st century, which is good news for American taxpayers and Canadians who must file U.S. returns. It is also good news for tax lawyers and tax accountants.

The IRS Integrated Modernization Business Plan is a 45-page, six-year plan laid out in detail with initiatives categorized under four pillars:

The first pillar focuses on modernizing the taxpayer experience. The goal is to make interacting with the IRS and with personal tax information as easy as online banking. Some of the perks highlighted in the report include simplified online interfaces, better access to information and self-service options, and improved customer service through callback technology, online notices and live online customer support, all while protecting taxpayer information and data.

The second pillar, Core Taxpayer Services & Enforcement, involves programs and initiatives that aim to retire outdated systems and consolidate  disparate  systems  and  data  into  updated solutions. For example, 60 different case management systems will be decommissioned and replaced with a single, consolidated, enterprise-wide platform. The IRS says the new system will  be an “end-to-end view of taxpayer cases and interactions.”

Phase two also introduces real-time tax processing, which is described as “near real-time data processing” that will allow taxpayers to easily adjust their return online after they file. As Canadian taxpayers, we are painfully aware that the CRA’s online system is currently not close to “near real-time” and plans to make improvements are high-level at this time.

The third pillar, Modernized IRS Operations, aims to simplify infrastructure and implement new technologies such as data analytics and automation in order to create efficiencies. The IRS modernization plan anticipates that the initial investment in emerging high-tech solutions  will result in significant long-term savings for the agency through improved processes and optimized systems.

The last pillar, Cybersecurity & Data Protection, has three main initiatives: 1) Identity & Access Management, 2) Security Operations & Management, and 3) Vulnerability & Threat Management. With this one the IRS will try to better protect taxpayer data from the persistent risk of cyber threats. Incredibly, the report says the agency faces 1.4 billion attacks every year.

Why did the IRS need this integrated modernization business plan? The agency recognized that it has been experiencing its own financial struggles for decades with trillions of dollars lost to tax evasion and a tax gap of over US$450 billion (which  represents  the  difference between  taxes owed and taxes paid on time). Intensifying these shortfalls is the fact that 45 per cent to 55 percent of the IRS workforce is on the verge of retiring.

On April 10, IRS commissioner Charles Rettig announced to the Senate Committee on Finance that the agency requires US$2.3 billion to US$2.7 billion over a six-year period to implement an IT modernization plan that would include revamping its IT systems. Why? U.S. Senate Finance Committee chair Charles Grassley called the agency’s IT systems and infrastructure “woefully outdated,” and expressed concern that past efforts and investments to update its technology may not have been money well spent.

In 2018, the IRS processed almost 141 million tax returns and any agency with a volume like that needs the latest IT technology. The IRS has already been under the strain of updating disparate systems for the 2017 Tax Reform Act, not to mention the five-week government shutdown earlier this year.

Modernization is key for several reasons: to 1) improve the agency’s ability to recoup monies owed; 2) prevent further losses due to tax evasion and fraud; 3) create much-needed efficiencies and 4) ensure ongoing compliance with tax laws for taxpayers.

Since almost 90 per cent of U.S. taxpayers file their returns online these days, nobody at the IRS wants more outages on deadline day, which they refer to as Tax Day.

On April 17, 2018, the IRS announced that its systems were experiencing technical difficulties   (i.e., they crashed) due to transmissions from software providers to the agency’s tax-processing systems. Those systems were more than 60 years old. And guess what? The IRS system crashed again this year on the last Tax Day. A similar outage occurred in March on the CRA website when online services were down for a day.

I wouldn’t say that exciting times are ahead for taxpayers and their representatives, but these real and sustainable improvements to services, operations and security for the IRS are most welcome. From the perspective of a tax practitioner, the planned consolidation of various data sources for greater risk management, tax compliance, tax enforcement and information sharing have me (almost) looking forward to next year’s tax season. Or maybe the tax season six years from now.