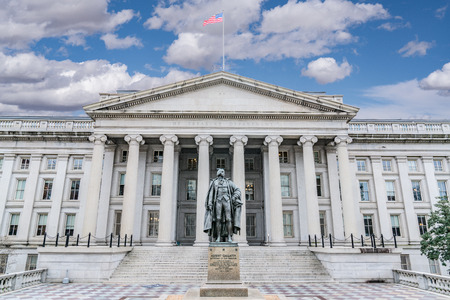 What is Subpart F Income?

Generally, the taxation of earnings and profits in the U.S. of a controlled foreign corporation (“CFC”) are deferred until repatriation through the distribution of dividends. A CFC is a foreign corporation that is owned more than 50 per cent of vote or value by a U.S. person or persons (i.e. U.S. citizens, resident individuals, U.S. partnerships and corporations, non-foreign estates and U.S. trusts) who each own at least 10 per cent of vote or value. However, there are exceptions to the deferral with respect to passive and certain types of active business and personal services income. These types of income, under specific circumstances, are taxable in the hands of the U.S. person whether or not distributed to the shareholder. The deemed income inclusion is what is referred to as “Subpart F” income. The Subpart F rules are anti-deferral provisions to prevent U.S. persons from delaying the recognition of taxable income through the use of foreign entities.

What are the changes?

Beginning in 2018, a US citizen resident in Canada, who is required to accrue passive income (or other subpart F income) on his US personal tax return under the subpart F provisions of the CFC rules, will exclude the income from his US tax return if a Canadian corporate tax of over 18.9 per cent is paid on the income. This is what is commonly referred to as the “high-tax exception”. In Ontario, investment income is taxed at 50.17 per cent to the CFC (including capital gains taxed at 25.09 per cent), therefore, the high-tax exception would apply to exclude the investment income from being taxed currently as subpart F income. The current provisions ignore any subsequent reduction to the corporate tax as a refundable dividend tax on hand (“RDTOH”) once the income is distributed to the shareholder as a dividend for purposes of the high-tax exception.

Why were the changes enacted?

Treasury is aware that certain jurisdictions use a tax integration system where the corporate income tax paid by the CFC is refunded when the income is distributed, even if the shareholder is subject to little or no tax on receipt. This has raised concerns where CFCs are formed specifically to exempt passive income (or other subpart F income) from US taxation under the high-tax exception. To address this perceived abuse, proposed regulations were released on November 28, 2018 that modify the high-tax exception. Now, if foreign taxes paid or accrued are reasonably certain to be refunded to the shareholder on a subsequent distribution, such foreign taxes are not treated as paid or accrued for purposes of the high-tax exception.

What about capital gains?

As previously noted, Ontario’s tax rate on investment income is 50.17 per cent. After the RDTOH, the tax is reduced to 19.5 per cent on a subsequent distribution and the high-tax exception should apply. However, the high-tax exception with respect to capital gains will not be available due to a reduced tax rate of 9.75 per cent after the credit for the RDTOH. There may be situations where accumulated RDTOH can reduce the effective tax rate to below 18.9per cent. In this case, the high tax exception will not apply.

The regulations are still in proposed form and may change after the IRS receives comments from the public. If enacted in its original or revised form, it will be effective for tax years ending after December 4, 2018.

TAXPAYERS BEWARE – GREATER COMPLEXITY IN OBTAINING EIN IS COMING YOUR...

IRS moves its systems ahead 60 years
Scroll to top
We use cookies on our website to give you the most relevant experience by remembering your preferences and repeat visits. By clicking “Accept All”, you consent to the use of ALL the cookies. However, you may visit "Cookie Settings" to provide a controlled consent.
Cookie SettingsAccept All
Manage consent