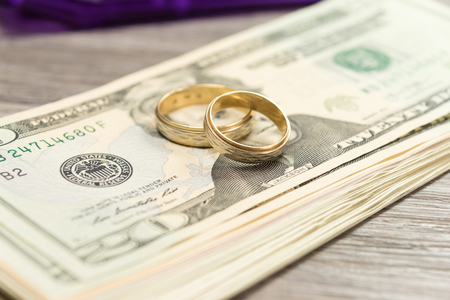 The Tax Cost of Divorce under the TCJA

On December 22, 2017, the largest U.S. tax reform in over 30 years was signed into law by U.S. President Donald Trump. The Act is known as Tax Cuts and Jobs Act, or TCJA, of 2017. The new law brought with it several important changes that affect the tax cost of divorce. As if divorce isn’t already costly enough!

Prior to the TCJA, Section 215 of the U.S. Internal Revenue Code allowed individual taxpayers to claim alimony payments as a legitimate deduction, making the tax cost of divorce almost negligible. The deduction was permitted because section 71(a) of the IRC required the recipient spouse to include the alimony received in his/her adjusted gross income.

For tax purposes, a payment is considered alimony if all of the following criteria are met:

However, under the TCJA, alimony payments are no longer deductible on U.S. income tax returns if the separation or divorce agreement is executed after December 31, 2018. In addition, the person receiving alimony no longer has to claim these payments on their tax return as part of their gross income, which makes the tax cost of divorce now inequitable.

These changes are permanent, unlike other personal tax measures included in the TCJA. For those who have agreements in place prior to January 1, 2019, these changes do not apply because the original provisions are grandfathered into the agreement. But, as of January 1, if changes are made to the original agreement, the amended agreement must state that the new rules will not apply, or else they will. In other words, the parties must “opt-in” to the 2017 provisions if there is a modification of the separation or divorce instrument after 2018.

Prior to the TCJA, the recipient spouse had something of a bargaining chip when negotiating alimony payments. Why? The paying spouse could deduct the payments dollar-for-dollar, making the amount of the alimony payment almost a non-issue as it would come back to the party paying it in the end. Now, it is likely that negotiations will become a more drawn-out affair as divorcing couples struggle to come to an agreement as to what is fair to both parties given the new tax cost of divorce under the TCJA.

With any major tax law overhaul, we can always speculate as to the rationale for certain changes. This is one of those situations where there doesn’t seem to be any real benefit to either party and, in fact, simple calculations show that these changes typically result in less after-tax income for both the payor and the payee. Perhaps, U.S. lawmakers were trying to make divorce a less-attractive option in times of trouble by making the tax cost of divorce greater?

Overall, these changes are quite a departure from laws that have been in place for decades, and they will bring upheaval and adjustment for divorce lawyers and divorcing taxpayers alike. That’s why it’s so important to consider all the factors, and geographies, involved when drafting up new settlement agreements.

What if recipient spouse resides in Canada?

Now let’s consider a twist to the post-marital arrangement. The spouse paying alimony is a U.S. resident, and the recipient spouse is a nonresident alien, living in Canada. Domestic laws in Canada remain unchanged in that the Canadian resident receiving alimony from the U.S. must report the income on their Canadian tax return. The result is a situation where the alimony payment is now taxed twice – once in the U.S. where alimony is no longer deductible, and again in Canada where it is taxable income for the recipient. Fortunately, there is relief for this tax cost of divorce under the U.S.-Canada Income Tax Convention (1980), which we will call the Treaty.

The Treaty provides relief by allowing Canadian residents receiving alimony payments from a U.S. payor to exclude the payments as taxable income if the agreement was executed in the U.S. Conversely, a payer of alimony who is resident in Canada will not be eligible to deduct the payments in computing their Canadian tax liability if the divorce or separation agreement was executed in the U.S. The trouble here, however, is that under Canadian law the Treaty overrides the domestic law, while under U.S. law, the most recently enacted law prevails. What does this mean?

If the agreement is initiated in the U.S., it’s unlikely that the Treaty will mitigate the potential for double taxation for a U.S. taxpayer. Remember what realtors say about the importance of “location, location, location”?  The same is true here. The tax cost of divorce will depend on which side of the border the separation or divorce was initiated.

Because alimony deductions are no longer available for U.S. tax purposes, you may want to consider updating your Form W4 Employee’s Withholding Allowance Certificate with your employer because tax withholding from your wages should be increased.

Is withholding required when the two parties reside in different countries?  Good question. A person who is paying alimony who is resident in Canada does not have to withhold nonresident tax from the support payment as long as certain conditions are met. But on the U.S. side, the payer must withhold tax at 30% unless there is a treaty in force with the country where the recipient lives. However, unlike Canada, the treaty exemption from withholding does not absolve the payer from the reporting obligation on Form 1042-S. Therefore, it is important that the payer obtain a current Form W-8BEN from the recipient in order to document his or her residency status.

If you’re in this boat, it is best to ensure that your divorce lawyers work closely with a knowledgeable tax advisor who knows U.S. and Canadian tax law and understands the tax cost of divorce from a crossborder perspective. That way, everyone will have compliance on both sides of the border: and at the negotiating table. In short, peace is always better than war.

This article was originally published on April 4 2019 on The Financial Independence Hub (www.findependencehub.com.com

The State of California and Canadian RRSPs – The Tax Facts

California Legislature Approves Marketplace Bill
Scroll to top
We use cookies on our website to give you the most relevant experience by remembering your preferences and repeat visits. By clicking “Accept All”, you consent to the use of ALL the cookies. However, you may visit "Cookie Settings" to provide a controlled consent.
Cookie SettingsAccept All
Manage consent