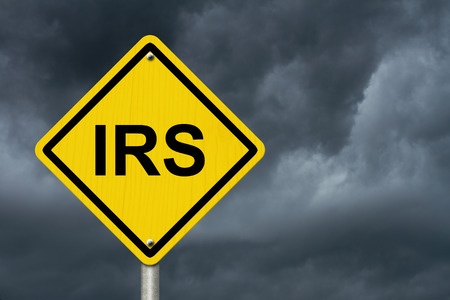 For Canadians with financial interests in the U.S., the shutdown of non-essential government agencies such as the Internal Revenue Service may prove to be more than just a minor inconvenience.

Azam Rajan, lawyer and director of U.S. tax law at Moodys Gartner Tax Law in Calgary, says the “procedural snafu” created by the shutdown of the IRS can mean higher than anticipated costs and complications during the upcoming tax season that may stifle cross-border investment.

Currently, Canadian businesses and entrepreneurs hoping to operate in the U.S. are unable to obtain Employer Identification Numbers, which must be used to make elections or to open bank accounts, Rajan says. This is preventing certain day-to-day operations such as hiring or paying employees.
Transactions involving Canadian sellers of U.S. real estate are being delayed as well, as non-residents are typically required to abide by the Foreign Investment in Real Property Tax Act. The law requires non-residents to withhold 15 per cent of the sale price as tax, Rajan says. However, sales resulting in a net profit loss are not subject to taxation and the seller is permitted to obtain that money back from escrow, but only through the submission of a withholding certificate from the IRS.

“Unfortunately, now that money is being held in the escrow agent’s office and they then are required to submit it to the IRS,” Rajan says. “You now have to file a tax return with the IRS to get the money back and this is the wrong way of doing it.”

Elena Hanson, founder and managing director of Hanson Crossborder Tax, says that since the shutdown of the IRS on Dec. 22, taxpayers and tax practitioners with past or future U.S. tax obligations have been unable to access services that may be required to comply with Canada Revenue Agency regulations such as notice of assessments for past foreign tax credits.

Given the duration of the shutdown, many of these concerns are expected to continue once the IRS commences operations for the upcoming tax season on Jan. 28. The IRS Lapsed Appropriations Contingency Plan stipulates that only 57.4 per cent of furloughed workers will be retained, leading to immense and inevitable backlog.

“During normal operations, there were a lot of inefficiencies. It typically takes somewhere from half an hour to two hours if you want to address an inquiry over the phone with an agent,” Hanson says. “We cannot even imagine how long it’s going to take to ask a question.”

The subsequent backlog may lead to a delay in returns that will extend far into 2019, Hanson says, and cause some Canadians to file late with the CRA if they choose to wait for the funds from U.S. returns to finance CRA tax payments.

As of this moment, Hanson says she is not aware of any accommodations the CRA plans to make for those filing abroad. However, she says, in the past, they have been quite lenient.

“This is a major hurdle for everyone affected and, unfortunately, we don’t have control or we don’t have any other options,” Hanson says. “We just have to wait and be organized once the revenue services are back to normal or semi-normal.”

Marsha Dungog, also a director of U.S. tax law at Moodys Gartner Tax Law, says the IRS shutdown can affect Canadians on a more personal level as well. A few years prior, the U.S. began a controversial passport revocation program in which individuals owing more than $50,000 in taxes would have their U.S. passports revoked by the Department of State when crossing the border and not returned until payment was made, Dungog says.

There is currently no staff available to either process payments owed or contact the State Department for re-certification of the passport, which severely hampers the ability of those individuals to travel for either business or personal reasons, Dungog says.

A lack of staff may also impact lawyers with clients involved in the tax appeal process.

“Lawyers dealing with the IRS already on what we call appeals or higher-level administrative review of the file for their clients, all the correspondences are going to get delayed because there are no actual IRS personnel there to answer,” Dungog says. “The IRS was supposed to be rescheduling, but they don’t know when they’re going to open.”

As those delays in appeals endure, not only do penalties and interest continue to accrue but individuals may be subject to tax liens imposed through the IRS’s functioning automated system, Dungog says. Although these are remediable conditions, Dungog anticipates they would require a “Herculean effort” to amend once the IRS is up and running.

“We’ll just have to learn how to deal with uncertainty for now on both sides of the border,” she says.

Remote Canadian Employees with U.S. Employers: Tax Perks, Pitfalls and Prev...
Scroll to top
We use cookies on our website to give you the most relevant experience by remembering your preferences and repeat visits. By clicking “Accept All”, you consent to the use of ALL the cookies. However, you may visit "Cookie Settings" to provide a controlled consent.
Cookie SettingsAccept All
Manage consent