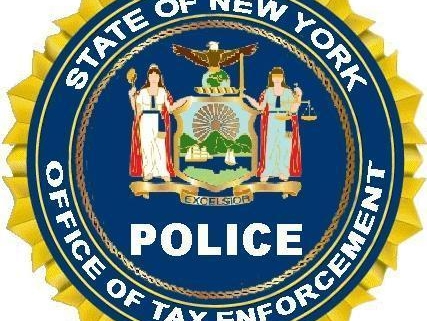 There are many Canadian companies that have been doing business in the US for years and never reported their sales or service activities to the federal or state governments.  Very few are completely oblivious to the requirements.  However, the majority are aware that they need to, at the very least, do something.  Instead they sit quietly, hoping they won’t get caught, not wanting to “open a can of worms” that may turn into endless, expensive reporting.

As US tax preparers we are frequently asked in the context of risk is whether officers have personal liability for a company’s tax obligations when remittance is not made.  The answer to this is “YES”.  States do not “discriminate” from imposition of various procedures to levy taxes, including assessing personal judgements against owners, directors, officers, partners or even employees of an entity

A recent New York State case is a reminder that officers can be held personally liable for their company’s unpaid taxes.  In Matter of Martin M. Hopwood Jr. DTA Nos. 825756 and 825757, et al. (NYS Tax App. Trib., Aug 3, 2012), the petitioner, Mr. Hopwood Jr., became CFO of the family-owned corporation after serving as legal counsel for years.  56% of the company’s stock was equally divided between him and his older brother, the company’s President, with a lesser portion allocated to other family members.  When a large multimillion dollar contract went awry in 2008, the business hit hard times when their invoices went unpaid and the costs for the work proved to be extremely underestimated.   The brother, the President, left the business and the petitioner stepped into the vacant seat to try to save it.

Additional factors from the project further drove costs up, complicating paying debts.  Contractual requirements forced the company to hire workers from a subcontractor who abused the overtime billing system. To save the business, Mr. Hopwood Jr. claimed to have invested close to $2,000,000 of his own money.  However, in April 2009, the company filed for bankruptcy protection while drawing up a suit against the project manager and the subcontractor for fraud, breach of contract and several other actions.

In 2012, a notice of deficiency asserting withholding tax penalties and a notice of determination for unpaid sales and use tax were issued to the petitioner as the party responsible for collection and remittance of the company’s taxes.  Both notices were then sustained in the court by an Administrative Law Judge in the fall of 2015.  In early 2017, the Tax Appeals Tribunal upheld the ruling based on NYS tax law 1133(a) which states “every person required to collect any tax imposed by this article shall be personally liable for the tax imposed, collected or required to be collected…”  The provision further clarifies that such person can be “an officer, director or employee of a corporation or of a dissolved corporation, any employee of a partnership or any employee of an individual proprietorship who as such officer, director or employee is under a duty to act for the corporation, partnership or individual proprietorship in complying with any requirement of this article; and any member of the partnership.”  As a former CFO and a new President, the petitioner was the person required to collect and remit taxes for the business.  It was determined that he had been signing corporate tax returns for the period leading up to and during the bankruptcy filing thereby taking responsibility.

To further support their position, the Tribunal cited Matter of Constantino (NYS Tax App. Trib. Sept. 27, 1990) to assert that the petitioner had sufficient authority and control over the corporation’s affairs while receiving significant economic benefit.  At this point, Mr. Hopwood Jr. chose not to give testimony but referred to records from a prior hearing which challenged the “responsible person” status.  The case presented earlier had placed the onus for lack of payment on financial hardship first and foremost.  Ultimately, the Tribunal found nothing in the records to release him from his responsibility.

This case serves as a warning that even if your business hits hard times, state tax authorities will still hold you liable for corporate tax obligations.