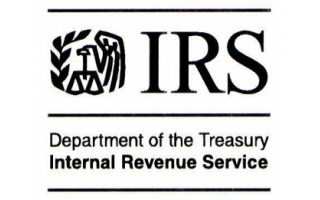 US expatriates in Canada and Canadians in the U.S. need to remember that the border, when it comes to tax obligations, may be closer than they think. The income tax treaty (the “Treaty”) between the US and Canada allows for Canada Revenue Agency (“CRA”) to collect tax, interest, and civil penalties from delinquent US taxpayers residing in Canada even if they never step on the US soil. As proven by the recent case in Donald Dewees vs. United States (No. 1:16-cv-01579, 8/8/2017), living in Canada does not negate your responsibilities to file accurate US income tax returns and tax disclosures.

In 2009, Mr. Dewees discovered his US citizenship came with some responsibilities and costs when he submitted eight years of US income tax returns and forms FinCEN 114, The Report of Foreign Bank and Financial Accounts (FBARs), under the Offshore Voluntary Disclosure Program (“OVDP” or the “Program”). His US income tax returns contained Form 5471, Information Return of US Persons with Respect to Certain Foreign Corporation, for his controlling interest in a Canadian consulting corporation which he formed in 1997.

OVDP was developed by the IRS to encourage noncompliant taxpayers who were reluctant to come forward with foreign asset reporting delinquencies due to the uncertainty surrounding their potential liability. One of the stipulations of the participation in the Program is that the taxpayer must not be under investigation by the IRS for foreign or domestic disclosures or payment noncompliance. In exchange for voluntarily declaring the oversight, a taxpayer could avoid a myriad of penalties on outstanding returns and taxes due using the uniform penalty structure offered by the Program. In addition, there is the opportunity to avert a criminal prosecution by the Federal Department of Justice regarding the lapse.

The result of his decision was a different assessment and a prolonged and costly effort to challenge the IRS position. His non-filed 5471s now became the new subject of penalty.

The IRS has the power to impose $10,000 (and up to $50,000) penalty for each year a form 5471 is not filed. And that’s what they did with the help of the CRA when in May of 2015, Mr Dewees received a notification from the CRA that his Canadian tax refund was being withheld under Article XXVI(A) of the Treaty. Mr. Dewees immediately sent payment to the CRA for US$120,000 plus interest totaling US$134,116.34, which was promptly remitted to IRS.

Though legal action between Mr. Dewees and IRS ensued, nothing favored the plaintiff in his efforts to attain a refund for what he paid to the IRS. Mr. Dewees attempted to argue that the Treaty was unconstitutional as it defied the 8th Amendment’s Excessive Fines Clause. He also contended the Treaty ignored both the Due Process Clause and the Equal Protection Clause of the 5th Amendment. In the eyes of the Court, Mr. Dewees failed to supply an argument substantiating his due process and excessive fines claims, while his equal protection claim lacked subject matter jurisdiction.

There are lessons to be learned from this case by US expatriates, as well as foreign nationals residing in the U.S. The IRS is actively redirecting resources toward foreign and transnational transactions to locate tax evasion activities. Full compliance and total transparency are the sensible way to go. Using a cross-border tax specialist is recommended especially given the expanding network of the IRS.

Penalty Update: Be In the Know

Trump’s Proposed Tax Changes – Mostly Bad News for Americans in...
Scroll to top
We use cookies on our website to give you the most relevant experience by remembering your preferences and repeat visits. By clicking “Accept All”, you consent to the use of ALL the cookies. However, you may visit "Cookie Settings" to provide a controlled consent.
Cookie SettingsAccept All
Manage consent