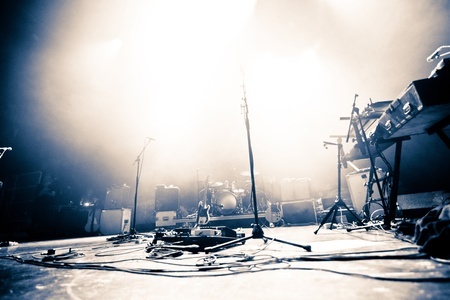 For Canadian Musicians and Athletes: Obtaining a Centralized withholding agreement

The Function of a Centralized Withholding Agreement

Withholding income of non-U.S. resident athletes and musicians serves as a security net for the IRS. By virtue of the agreement, the IRS has a guaranteed payment of any taxes due. If there is a withholding, the athlete or musician may receive a refund when filing a U.S. tax return for that calendar year which included the performance.

Section 1441(a) of the Internal Revenue Code (“the Code”) requires that taxes be withheld on payments made to nonresident aliens for the performance of personal services. Personal services include athletic, artistic, comedic, and musical performances alike. Moreover, section 3402(a)(1) states that all employers must deduct and withhold tax upon any wages paid to employees. The rate is generally higher for performers determined to be independent contractors.

If the non-resident Canadian athlete or musician is considered to have performed personal services, them he or she will be subject to graduated rates of withholding.

If the non-resident Canadian athlete or musician is not an employee but an independent contractor, payments made are subject to a 30 % withholding rate.

Two critical and highly fact-specific analysis’ that must be made for the Canadian performers to receive the most favorable tax treatment: (1) whether the Canadian athlete or musician is a non- U.S resident for tax purposes and (2) whether the athlete or musician is considered an employee or an independent contractor, also known as a “guest artist” or “borrowed athlete.” These performers are taxed on income earned from sources within the United States even if not physically present.

This is of particular importance today in the world of social media such as Instagram. The IRS even has the authority to tax the income of Canadian athletes and musicians that is received from U.S. corporate sponsors simply for endorsing their product. If proper classification is not done, the athlete or musician risks losing hard-earned income.

Note that this rule is very near and dear to the IRS’ heart and the IRS holds firmly to the position that the 30% MUST be withheld on all payments to nonresident athletes and musicians. This strict IRS policy holds true even for those payments that one may ordinarily believe to be exempt from U.S. tax under either the Code or a bi-lateral tax treaty.

As for the employee-employer relationship, this is important because, generally, non-U.S. residents that are considered a “guest” or “borrowed athlete” are not considered employees. They do not have an “employer” that automatically withholds tax, therefore, these performers will not be exempt from the non-resident withholding requirement.

How to Obtain a Centralized Withholding Agreement

Also, applying for a CWA requires a ITIN or a Social Security Number (SSN). This means that Canadian athletes or musicians must first obtain an ITIN or a SSN. Usually, a person will not be granted a ITIN until he or she has applied for and been denied a SSN.

If non-U.S. resident athlete or musician has (1) worked or performed in the US in a prior tax year and (2) has not complied with tax paying and filing obligations for those years, the CWA will not be granted.

It is absolutely imperative that athletes and musicians make arrangement to file and pay taxes on past US tax returns. If the athlete or musician cannot become current with U.S. tax paying and filing obligations from years and, hence, are disallowed from applying for a CWA, they will have to accept the 30% withholding.

Properly limiting income withholding, thus, maximizing profits is a tricky maneuver. You are encouraged to contact us for additional tax guidance.

Rebutting the Presumption of U.S. Citizenship Under FATCA