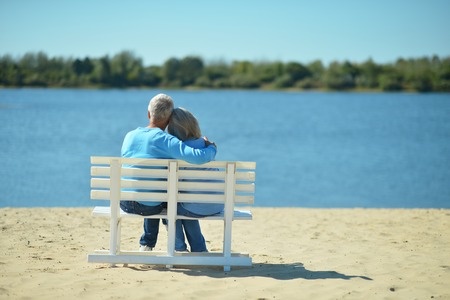 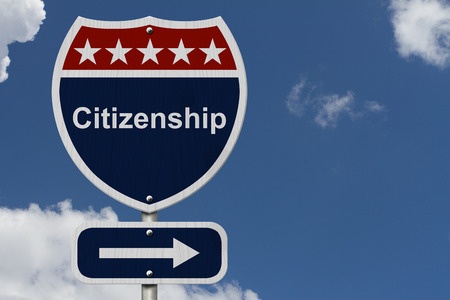 Janice A. Flynn is an attorney with US Visa Solutions — Law Office of Janice A. Flynn.  In this article, the author discusses how tax law and immigration law intersect to affect U.S. citizens or lawful permanent residents living abroad who may not be up-to-date with their U.S. tax compliance.

U.S. taxpayers living outside the United States have been in the news a lot recently, whether because of the Foreign Account Tax Compliance Act, London Mayor Boris Johnson making U.S. citizens living in the United Kingdom aware that they are delinquent tax filers, or U.S. citizens renouncing their citizenship. This flood of information is bringing U.S. citizens and lawful permanent residents who may not be up-to-date with their U.S. tax compliance out of the woodwork. For those who did not know they had to file a U.S. tax return — and even for those who did know — this is creating a lot of fear around what will happen if they try to reenter the United States while owing U.S. tax.The Department of Homeland Security and its enforcement and customs collection arm, Customs and Border Protection (CBP), oversee the admission of people into, and deportation from, the United States. The IRS is responsible for collecting U.S. federal tax. CBP assists with the responsibility to collect customs duties but not to enforce U.S. tax compliance for individual taxpayers. The many U.S. agencies and departments all have specific responsibilities as set out by the Constitution and Congress, but the rules do not allow the agencies to share information as freely as one would think.

In general, the IRS may not share U.S. federal tax return information, except in specific circumstances as set out in section 6103. In particular, under section 6103(l)(14), the IRS, when requested, may disclose tax return information to CBP officers to ascertain “the correctness of any entry in audits as provided for in section 509 of the Tariff Act of 1930 or other actions to recover any loss of revenue or collecting duties, taxes, and fees determined to be due and owing under such audits.” Internal Revenue Manual section 11.3.29.8 requires that a request made under that section:

The IRS must follow specific procedures if it wants CBP to stop and apprehend a person entering the United States at a land border, in an airport, or at a pre-clearance location outside the United States.1 IRS officers can request that taxpayers with a delinquent balance be entered into TECS, a database maintained by DHS that contains information about individuals and businesses suspected of, or involved in, violations of federal law. These taxpayers will be placed on a DHS lookout list, and DHS will advise the IRS when they travel into the United States for business, employment, or personal reasons. It is the responsibility of IRS employees to maintain the TECS database by requesting that the appropriate taxpayers be entered into TECS or deleted from it. IRS officers can also request information from TECS on a taxpayer’s previous travel to or from the United States.2Those who reside outside the United States, including U.S. citizens, and are not tax compliant often wonder what the U.S. government knows about them and what will happen if they enter the United States. Many may have only recently become aware that they needed to file and may be taking advantage of the streamlined disclosure program to get into compliance. Most delinquent tax filers need not be concerned because of the numerous requirements that must be met before the IRS can disclose taxpayer information to CBP and thereby put the taxpayer into the TECS database:3

1. The taxpayer must reside outside the United States, U.S. commonwealths, and U.S. territories or be about to depart to reside in a foreign country.

2. The taxpayer must not have voluntarily resolved the case by full payment or other action, including an installment agreement.

3. A notice of federal tax lien must have been filed for all balance due modules.

4. The total unpaid balance of assessment must equal or exceed $50,000 for international cases or $100,000 for U.S.-based cases. The dollar threshold may be lowered if the IRS agent makes that request and the agent’s group manager concurs that there are significant compliance issues.

5. The taxpayer cannot be in bankruptcy.

6. The IRS cannot have accepted an offer in compromise to settle the taxpayer’s liabilities.

7. The taxpayer’s case must be in status 26 or reported as currently not collectible with closing code 06, 03, or 12.

As the above list shows, the requirements to get a taxpayer on the TECS list are fairly onerous. The IRS must meet a heavy burden before it can ask CBP to apprehend or provide entry information about a U.S. taxpayer coming across the border.The IRS must promptly follow a procedure to have the taxpayer removed from the TECS database if the tax liability has been satisfied, the taxpayer dies, or the taxpayer enters into an arrangement with the IRS.4

Enforcement Through Denial of Passports

The IRS can direct the State Department to deny the issuance of U.S. passports to taxpayers whose delinquencies have escalated to criminal investigations.5 There have been various legislative attempts to extend the denial of passports to taxpayers who are seriously delinquent but not yet in criminal investigations; however, none of those proposals has passed. Most recently, in May Senate Finance Committee Chair Orrin G. Hatch, R-Utah, filed a substitute to the already passed H.R. 644, the Trade Facilitation and Trade Enforcement Act of 2015, that would direct the secretary of state to deny and revoke passports issued to U.S. citizens who are seriously delinquent — that is, those who owe more than $50,000 to the IRS. Both the Senate and the House have passed the act, but the two versions are awaiting reconciliation.Although a U.S. citizen is not required to provide a Social Security number on the application form for a U.S. passport (State Department Form DS-11), the State Department reports the failure to do so to the IRS, which may impose a $500 fine.6 The IRS allows the passport applicant 60 days (90 days if the applicant lives outside the United States) to respond to a notice requesting the person’s SSN. However, the IRS will not assess the penalty if it finds there was reasonable cause for the taxpayer’s inability to provide the information and that the failure was not a result of willful neglect. Also, section 6039E indicates that a person applying for a passport must provide a taxpayer identification number only if the person has one. Logically, if a U.S. passport applicant does not have a TIN, the applicant does not have to include one on the passport application form and would not be subject to the $500 fine.

Many “accidental U.S. citizens” who do not have an SSN are trying to obtain one because of FATCA. However, they are encountering delays of up to six months because of the extra documentation required for adults applying for an SSN for the first time.

Renunciation of Citizenship and Entry Issues

More and more people each year are choosing to renounce their U.S. citizenship, most likely to simplify their lives in light of the FATCA compliance requirements that became law in March 2010. A person who renounces U.S. citizenship must have citizenship in another country so as not to be rendered stateless. Further, once a person renounces, that person becomes subject to the same U.S. entry and excludability requirements as aliens. To be admissible into the United States, an alien must not have a criminal history concerning controlled substances or crimes involving moral turpitude. Those who plan to renounce and have a criminal history of this type should first seek legal advice.Assuming the person is otherwise admissible, the person who renounced may travel to the United States under a visitor visa. Also, under the State Department’s visa waiver program, nationals of some countries can visit the United States without a visa for the purpose of business or tourism. If an immigration officer questions a person’s U.S. citizenship, it is up to the former U.S. citizen to demonstrate that he has renounced. Therefore, former U.S. citizens should carry with them a copy of their certificate of loss of nationality (CLN). The final determination of renunciation is effective as of the date of the renunciation interview but is not official until the issuance of the CLN. Those who urgently need to travel to the United States should ask at the renunciation interview to keep their passports, as it can take several months to get the CLN.

The Immigration and Nationality Act provides that people who renounced their U.S. citizenship on or after September 30, 1996, for the purpose of U.S. tax avoidance, as determined by DHS, are inadmissible.7 The State Department, which oversees the process of renunciation, provides information to Treasury, which then coordinates with DHS. To date, there are no procedures implementing this law, and it is therefore unlikely to be enforced. But from an immigration law perspective, a person should be up-to-date with U.S. tax compliance before renouncing so as to avoid any potential claim of tax avoidance.

U.S. tax law and immigration law are increasingly crossing paths. It can be fascinating to watch how the U.S. government agencies work together (or do not) to fulfill their legal obligations. A firm understanding of how the U.S. government can enforce tax compliance at ports of entry or through the non-issuance of passports can allay the fears of those who wish to enter the country.