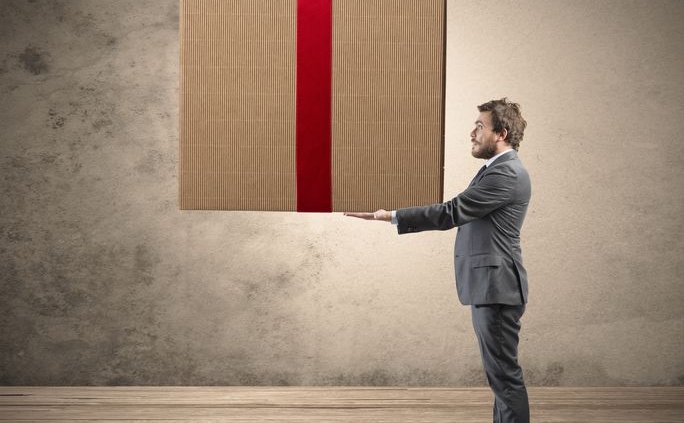 We all like receiving and giving gifts. But how does tax law view the act of giving? Did you know that giving a gift could have tax implications?

In fact, depending on the value of the gift, there could be serious tax implications. And when it comes to transfers of money or property between spouses, the income tax laws in Canada and the United States are very different, which means if you’re gifting to an American or even to a Canadian who lives in the U.S., it’s best to be prepared.

By way of background, the Canada Revenue Agency employs what is known as anti-income splitting rules. The idea is to deter the practice of gifting for the purpose of income splitting between spouses. So, cash and acquired assets are traced to the spouse who earned or contributed money (in order to acquire the asset). And any future income generated by such a transaction, even including appreciation of a property, is on the record for that spouse at tax time. Even if the spouse who owns the asset wants to give their partner partial or full ownership, the one doing the gifting still gets dinged for taxes.
Is there a way around it? Yes.

To avoid this situation, the principal spouse (the one doing the gifting) can sell the asset to their spouse at fair market value and pay tax on any resulting capital gain, or the asset can be loaned to the other spouse under an ‘intra-family loan agreement’ with specific terms and rates, and that document must be signed by both parties.

When it comes to property gifting between spouses, the U.S. Internal Revenue Service (IRS) is more generous as it allows unlimited, tax-free transfers for as long as both spouses are American citizens, or green card holders, or they are treated as a U.S. domiciliary under certain provisions of the Internal Revenue Code. Most of the time, transfers between U.S. spouses have no tax implications at all since the parties tend to file their returns jointly and are taxed on the household basis and not an individual earner basis.

parties tend to file their returns jointly and are taxed on the household basis and not an individual earner basis.

Unfortunately, if you are U.S. citizen and your spouse is Canadian, the IRS is less generous. For example, let’s say a Canadian resident who is a U.S. citizen wants to gift money or property to their Canadian spouse who is not a U.S. citizen. If the annual market value of the gift exceeds US$155,000 (2019 rates), gift tax may result. Gift tax rates range between 18 per cent and 40 per cent of the market value of the gift. Furthermore, the same gift may end up being double-taxed – first as a deemed disposition in Canada at the rate of up to 26.76 per cent (for an Ontario resident in 2019), and then again under the U.S. gift-tax provision.

On the flip side, when a Canadian citizen gifts to a spouse who is a U.S. citizen, the IRS requires a timely disclosure if the gift exceeds a certain amount. Failure to do so could result in a penalty – US$10,000 or 25 per cent of the value of the gift, whichever is greater.

What about asset transfers resulting from divorce or separation? In Canada, the property would be transferred at the original cost unless ‘an election is made to do so at fair market value.’ In the U.S., the transfer at cost is only available if both spouses are American. If an asset goes from a separated or divorced spouse who is a U.S. citizen to a Canadian citizen, it is measured at market value and the principal spouse is subject to capital gains tax.

Overall, when dealing with multinational households, it is always best to plan in advance so you can match the value of property being gifted under the provisions of both U.S. and Canadian regimes. Also, be aware that the location of the asset may create additional tax considerations.

A wise man once said, “It is more blessed to give than to receive.” Evidently, that man wasn’t dealing with the potential tax implications of cross-border gifting! All the more reason you should consult with a tax professional who is familiar with the tax regimes and laws of any country you may be dealing with.

The latest buzzword is “disruption” and nothing has caused more disruption in the investment world than virtual currency, most commonly referred to as cryptocurrency. If you’re considering cryptocurrency as an investment option, there are a few things to know.

In a nutshell, cryptocurrency is a digital asset that can work as a medium of exchange. It uses cryptography to secure financial transactions, control the creation of additional units, and verify the transfer of assets.

The main difference between virtual currencies and traditional currencies is the decentralized control system. Cryptocurrencies like Bitcoin, which has been around since 2009, and Ether use distributed ledger technology such as block chain as a public database for transactions. Distributed ledgers are virtual ledgers that are decentralized across multiple locations, resulting in multiple copies of a transaction. While there is no central authority governing these transactions, the public nature of the ledger serves as a check and balance. However, having a currency that isn’t tied to any country or banking system can make regulation a challenge.

Just ask the 10,000 U.S. taxpayers who recently received letters from the Internal Revenue Service informing them that they may have improperly reported transactions involving virtual currencies and may owe back taxes on unreported cryptocurrency earnings.

The letters were accompanied by a stern warning from IRS Commissioner Chuck Rettig, who issued a press release on the matter. He said: “Taxpayers should take these letters very seriously by reviewing their tax filings and, when appropriate, amend past returns and pay back taxes, interest and penalties. The IRS is expanding our efforts involving virtual currency, including increased use of data analytics. We are focused on enforcing the law and helping taxpayers fully understand and meet their obligations.”

The IRS treats cryptocurrency like physical property and taxes it the same way. For example, if you receive a virtual currency as compensation from an employer, it is considered income subject to withholding and payroll taxes. And if you sell it, you could face capital gains tax. According to the IRS: “If you sold, exchanged, or disposed of virtual currency, or used it to pay for goods or services, you have engaged in a reportable transaction.”

So, how does the Canada Revenue Agency treat virtual currency? Unfortunately, much like the IRS.

Also, just as in the U.S. tax system, capital gains or losses could be considered taxable income because a commodity is bought or sold. Finally, cryptocurrency must be reported as income when it is received as compensation from an employer.

More information is available on the CRA website, which has a link to what you need to know about the Voluntary Disclosure Program. The CRA hasn’t issued any dire warnings yet, but its website says that failing to report cryptocurrency transactions is considered illegal and that the agency is “actively pursuing cases of non-compliance in order to make sure that the tax system is fair for everyone.”

If you’re considering cryptocurrency transactions for business or investment purposes – or you’ve already ventured down that path and this is all news to you – you are wise to seek out the services of a tax expert to make sure you are compliant.