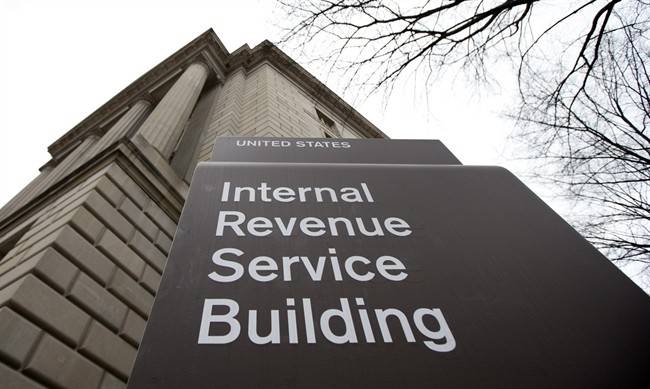 A U.S.-Canadian dual citizen living in Vancouver is being sued for over US$860,000 ($1.1 million) by U.S. tax authorities for failing to report bank accounts to them.

U.S. citizens (including dual citizens) with signing authority over non-American bank accounts are required to report them, along with the highest amount in the account during the year, on a form called a Report of Foreign Bank and Financial Accounts, or FBAR.

“To my knowledge, this is one of the first actions of enforcement of FBAR penalties against a Canadian-resident U.S. citizen,” says Max Reed, a Vancouver-based cross-border tax lawyer.

The accounts include two with the CIBC and one with RBC, documents filed with U.S. federal court in Seattle say. The penalty is purely for not reporting accounts, not for taxes owing or penalties for unpaid taxes.

“The case illustrates the inherent unfairness of the U.S. tax rules,” Reed says. “While those rules are really unfair, they probably aren’t changing any time soon. It’s been this way for a long time.”

Unlike other industrialized countries, the U.S. requires citizens, including dual citizens, to file tax returns no matter where in the world they live.

Selling a house and putting the money in a bank account puts the value of the house into the penalty calculation. And moving that money around between different accounts multiplies it, as each dollar is counted several times.

READ: Meet the Alberta man who went to Tijuana to renounce his U.S. citizenship

Both of these things happened in Pomerantz’s case, he says, making his penalties balloon.

Pomerantz prepared his own U.S. tax returns (omitting the FBARs), something he now regrets.

“Don’t file your own taxes,” he says. “Make sure if you’re living in Canada, that you’re hiring a professional. If you don’t cross all your Ts and dot all your Is, they will find some way to screw you.”

“We decline to comment beyond the government’s filings,” said Nicole Mavis, a spokesperson for the U.S. Justice Department.

Estimates of how many people in Canada have U.S. status vary.

Under the Foreign Account Tax Compliance Act, an information-sharing deal, Canadian banks have been identifying U.S.-status customers and reporting their account details to the CRA, which in turn sends them to the IRS. The data lets the IRS know which accounts haven’t been reported on FBARs.

About 300,000 Canadian accounts were reported to the IRS last year.

There’s a limited amount the IRS can do with the flood of account information coming in from all over the world, however. (The U.S. now has similar treaties with 113 countries.)

“The U.S. government has limited resources to throw at this issue,” Reed says. “Litigation is complicated and expensive for both parties. But many people will settle before it goes to litigation — as soon as they’re assessed penalties, they’ll settle.”

“The IRS probably doesn’t have the resources to pursue all non-compliant Americans in Canada, but they can pursue some of them. Some people will get pursued, and because of the stress and associated cost, you don’t want that to be you.”

On the other hand, the IRS has a limited ability to collect penalties in Canada.

“The CRA has a policy that it will not assist in the collection, at all, of FBAR penalties. Its rationale is that FBAR penalties are not covered by the Canada-U.S. tax treaty.”

So non-compliant Americans in Canada are shielded to an extent, so long as they don’t own U.S. property and don’t plan to cross the border. But Americans here (who are likely to have relatives in the United States) could inherit money there, or the tax treaty could change, Reed says.

In any case, Pomerantz says, he doesn’t have the money to pay the penalty:

“I get paid my Social Security, and I get a small pension from Canada. I don’t have the means to pay that. Having no assets and no income, it’s going to be an interesting challenge for them.”

Published on © 2017 Global News, a division of Corus Entertainment Inc.